2016 has been a year of changes and firsts.  I began the year by being moved to a new battalion and ended the year with a promotion.  In between those events has been a year that has been rich with unique ministry opportunities and first time experiences.  Through all of that I have been reminded that God is completely in control, and that patience has great rewards, including maturity.

The last few months of the year have been busy and productive.  October was supposed to be an off month for us.  One of very few times in my 8 years with the Florida National Guard that we were not scheduled to have drill.  Hurricane Matthew changed that, though.  As the month began we were all watching the storm as it approached Florida, and praying for those who had already been hit by it.  We were spared a direct hit, but many were evacuated as a precaution only to come home to power outages and homes that were flooded.

The day before Matthew hit I was at home preparing for a military funeral service.  I looked up from the notes I was studying just in time to see a notification scroll across the screen.  The email simply said that we had been activated for State Active Duty and needed to report as soon as possible.  Over the next few hours I had the privilege of laying a brother-in-arms to rest, comforting and encouraging his family, packing for a mission of unknown length, reporting for duty, and then waiting to see if Matthew was going to slam into our state.

Thousands of us spread out over the state the next morning to help our fellow Floridians pick up the pieces.  We were all thankful that we didn’t experience the full force of

Praying with Soldiers before a mission

Matthew, but there was still a lot of work to be done.  Over the next several days we were able to work along side of government officials, emergency responders, law enforcement, and volunteers to help people right at the point of their greatest need.  Florida Guard Soldiers and Airmen provided security, performed search and rescue missions, and handed out food and water.  Needless to say I am proud to be able to serve with such dedicated men and women who were willing to sacrifice being with their families during this time in order to serve their community.
While we were away I was able to provide counseling 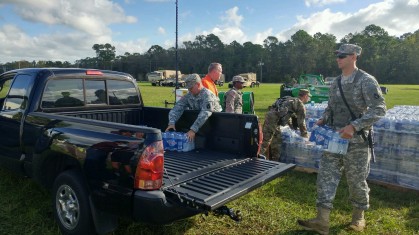 for soldiers who were working through issues at home while they were serving their community, help pass out food and water, and help a family find their soldier in order to let him know about a loss at home.  And, of course, pray a lot.

November and December were quiet by comparison, but still provided lots of ministry opportunities.  One of my favorites was performing a wedding for a Soldier.  I love the process of helping couples make the commitment to spend their lives together.  This was a beautiful ceremony on the beach which meant that I had the opportunity to encourage this couple to commit to a life together with Christ at the center, and also dress up for a walk on the beach with my beautiful bride.

I’m thankful for the opportunities that God has given me to serve Him, learn, and grow in 2016.  I’m looking forward to a great year of ministry in 2017.  Thank you for your continued support and prayer. 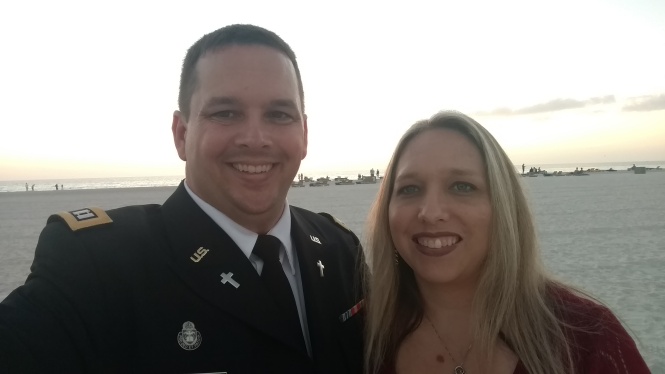